On this day in 1952 Emily M. Weddall died. She was 85. She had been failing for some time. In her last days she was attended to by her old friend Dr. Kathleen Lynn, who was by then an old lady herself. Dr. Lynn recorded Emily’s last days in her diary;

A brighter day, not quite as dismal, did round in car & was late in Teac about 2 at s. Mary’s, they have the loan of 2 sisters fr. S John’s and they are a wonderful help Poor Mrs. Weddall knows no one now and easy to manage now…

Such a day of rain and wind. E. S. and some snow. Mrs Weddall’s funeral fr. S. Mary’s at 10. Several in the chapel there & then to Glasnevin to Republican Plot. 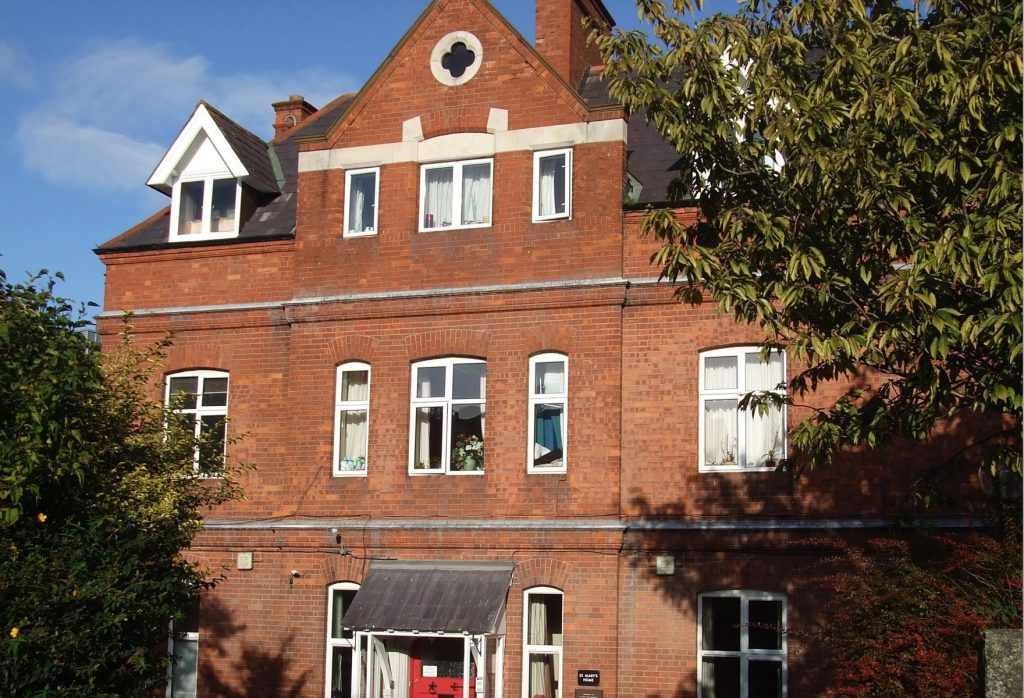 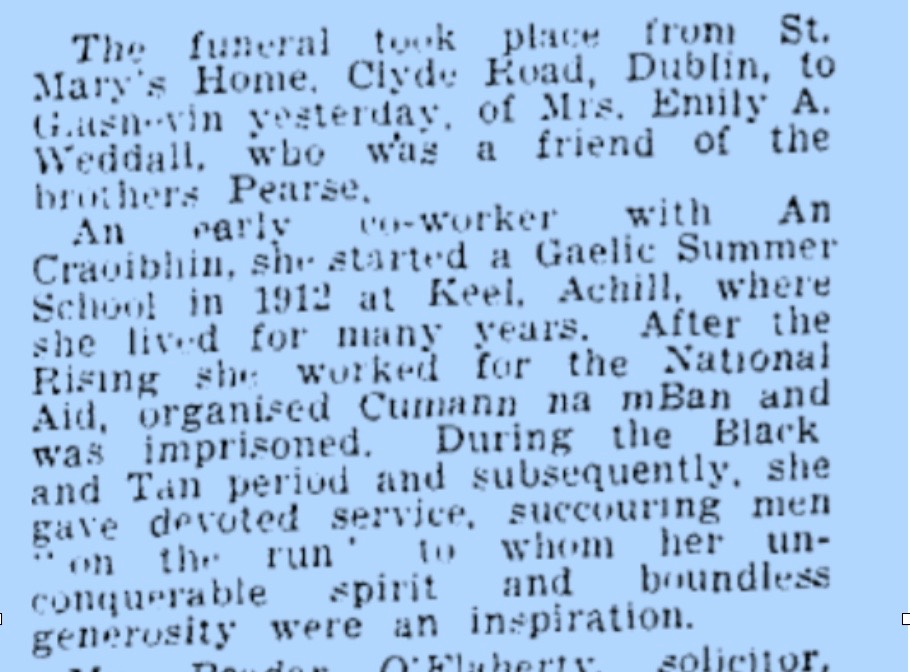 When the sad news reached Achill, her old friends were sad to hear of her passing. They paid tribute to the generous lady who lived among them and helped them out unselfishly during “the critical days of the Republic”. Brian Corrigan wrote her obituary, which appeared in the Mayo News, the paper Emily was a regular correspondent with in the lead up to and during the period mentioned in the tributes paid to her after her death.

She was laid to rest near the Republican Plot in Glasnevin Cemetery, where her grave was unmarked for sixty years. In 2012 a gravestone was unveilled to mark her final resting spot, by the current members of Scoil Acla, a tribute to a lady that was never forgotten. 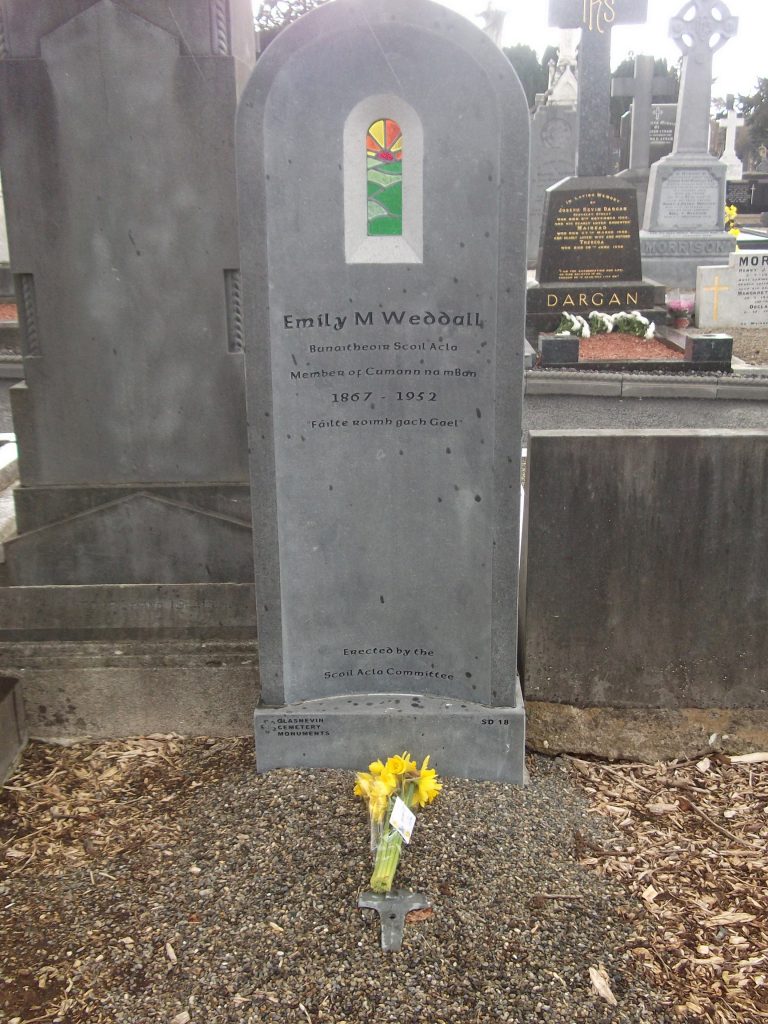 Early in 1917 the Russian Revolution broke out. Emily having visited Russia as a young woman had a affinity with the country and its people. Why she went to Russia and how she got there is unclear, but it left deep impression on Emily. She must have relayed the story to her biographer Iosold ni Dheirg when the young girl visited Emily at St. Mary’s nursing home in Dublin. Iosold recalled;

On her travels to an unnamed place in Russian in the early years of the twentieth century, Emily was asleep in her room one night. In the early hours she was wakened by a commotion outside the window. Peering out she noticed a group of men all shackled together moving as a unit through the streets. On inquiring Emily was told that they were all being sent to Siberia to work in the salt mines as punishment for what would have been termed a crime. The ‘crime’ may have been as little as stealing to provide for their families. The unfairness of their situation left a deep impression on Emily, that along with the struggles of her early childhood perhaps inspired her to take up arms and fight for her country years later. 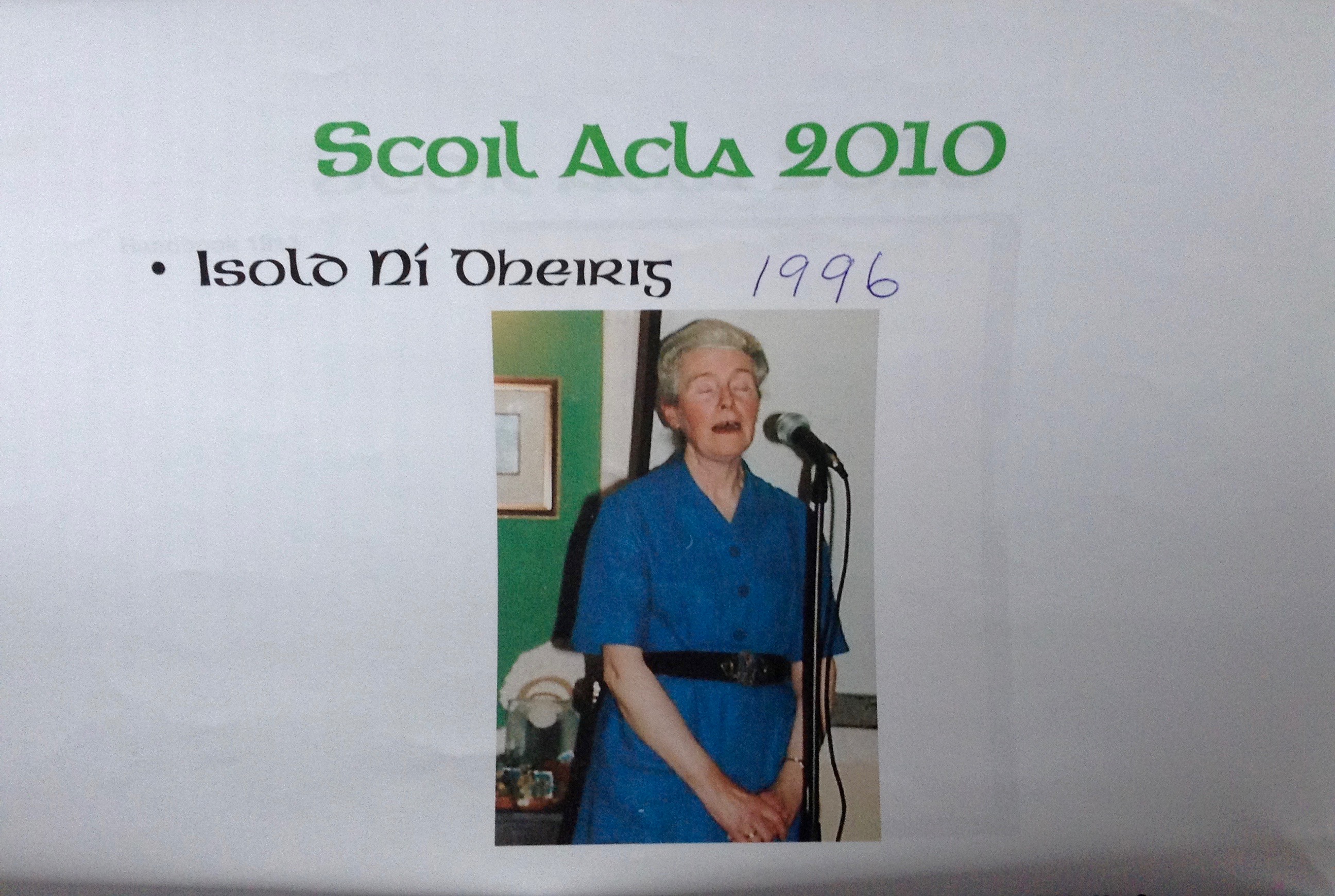 In 1917 Ireland was in the aftermath of the 1916 Rising. Emily had lost some of her friends and more were still in prison. Emily was as always lending a hand to help those less fortunate than herself, and not paying attention to her worsening financial situation. When she finally decided to confront it, it was perhaps too late. When she got back form Dublin she asked a friend to accompany her to her house. Emily did not say a word but took a pile of envelopes from the cupboard, a collection of unpaid bills and documents reminding her of her dire financial state. On top of that her income from Russian industries dried up as a result of the Revolution there.

Emily was never one to complain or burden others with her problems. It was becoming clearer that she would have to find the finances somewhere, which was in her case going back to work. In 1917 Emily turned fifty, hardly old age but, she had not worked since she married in 1908 except when she lent her nursing skills during a typhus outbreak in 1913.

Emily probably had an inkling earlier on in 1917 when the Revolution broke out first in the spring. She make not have paid any attention to it but when the October Revolution re-surged (November now as they used a different calendar in Russia back then), the full realization may have hit her.

The Kornilov affair created a power vacuum. The immediate threat of a military coup had become non-existent. However, the PG also became almost powerless. Supporters on the right, especially the crucial officers, hated Kerensky for his apparent betrayal of Kornilov. However, Kerensky gained no corresponding credit with the Soviet because he was tainted by his initial collaboration with Kornilov. The process of dissolution of power that began in February, had reached its lowest point. Central power and authority had been dissipated. The popular movement reacted to the attempted military coup with a defensive radicalisation. Having assumed, perhaps naively, that their great goals would inevitably be achieved, the Kornilov affair showed they were, in fact, under threat. To defend the gains of February, they re-asserted their initial objectives. Most important, the first big wave of peasant land seizures began in September and October, also provoked by a “now or never” reaction to the Kornilov affair. Read More https://encyclopedia.1914-1918-online.net/article/revolutions_russian_empire

Emily was Captain Weddall’s second wife. The retired mariner had been widowed over a decade, when he married Emily. From the scant accounts of his life that had been documented, it appeared that he was a reticent man who liked routine, somewhat opposite in character to his more gregarious wife. What the couple had in common was their lack of practically around money, which they frittered away without much thought. Both were quite generous and were happy to help out local causes.

One such example was for the St. Patrick’s Day concert of 1907 and 1908 Edward Weddall treated the cast and crew of the show as well as those who traveled long distances to refreshments afterwards. His wife for her part worked tirelessly behind the scenes to put the show on. Edward Weddall, a stoic man was probably proud of his enthusiastic and energetic wife.

Emily’s involvement with the St. Patrick’s Day concert and her work with the local Gaelic League, would helped integrate the Weddall’s somewhat into the local community. It is impossible to tell nowadays how well the couple were received into the community. They would have stood out among the local people. He an older man and she much younger, both dressed in fashionable rather than functional clothes and speaking with accents much different from the local. They were not completely out of place, Englishmen and daughters of clergymen like Emily had made the island their home before.

The couple’s generosity may have won people over too. Emily was always on hand to help where needed and gave freely to any cause that touched her heart.  The writer Sean O’Longain, who was an Irish traveling teacher in the early 1900’s remembers the Weddall’s;

“They [The Weddalls] lived in a beautiful bungalow and were very comfortable and happy in the little village called Pollach, overlooking an inlet of Clew Bay. This Russian [he was in fact English] captain was a man of large statute, great avoirdupois, corpulent, of a retiring disposition and not very communicative.

Mrs Weddall, his wife was quite the opposite; she was in the first place an ardent Gaelic League, charitable to the poor of the Island, always on the move seeking out those who may be in need of help.” 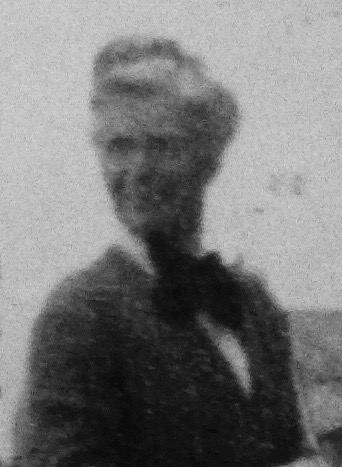 Emily in her earlier days on Achill. No known photo of Edward Weddall exists

It is hard to say if Emily went on honeymoon with her new husband, Captain Weddall. At the time between them they certainly had the means to do so. It was just becoming fashionable to do so. The newlyweds were not in any way stingy in fact they spent their cash freely. This was displayed on many occasions throughout Emily’s life.

Below is an advert from the early 1900’s advertising honeymoon hotels in London. Similar ad could be found in the daily newspapers advertising similar hotels all over Britain and the Continent.

Edward Weddall may have brought his new bride to meet his family in Pocklington, Yorkshire. The couple would have arrived at the local station depicted below. It was not the first time Emily was in Yorkshire as she visited her half brother William in Barnsley under less joyful circumstances when she was still in her teens in 1888.

The above photo is of Regent Street in 1905 the same year Emily and Edward married. If she visited her news husband’s hometown she would certainly have walked down the street. There is a possibility the couple may have lived there for a while before the moved to Ireland the following year.

Andrew Sefton, Archivist/Webmaster of pocklingtonhistory.com , by whose kind permission the old photos of Pocklington are reproduced. 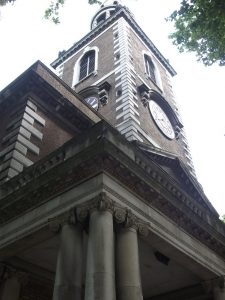 Emily became the second Mrs. Weddall on April 27th 1905. She and her new husband Captain Edward Weddall were married in St. Mary’s Church Islington, London. Unlike modern or society weddings of the day theirs was a simple affair. They exchanged vows without friend or family present, with just two witnesses one which was the church clerk.

Emily and Edward were married by licence, which meant in their case they were not “of the parish”. Emily gave the address of Waverly Terrace, Rathgar in Dublin, Edward gave a Yorkshire address.  They had to get permission from a bishop to get married. The other advantages to the marriage licence they could get married quicker than if they opted for the marriage banns which had to be read out in church at least three weeks beforehand.

As the bride and groom did not have friends or family present the still put the announcement in their local newspapers, the Beverley and East-Riding Recorder and the Irish Weekly Times.  This practice was common at the time, but also a good way of letting the wider world know of their exchange of vows.

Beverley and East Riding Recorder 06 May 1905