Anita McMahon, a Cork native arrived for the 1912 Scoil Acla to learn Irish. She had intended to leave after the summer but like many before her, ended up staying for most of her life. From her arrival her destiny on Achill seemed to have been set.

On her way to Irish class one morning an event was unfolding outside her lodgings of the Amethyst Hotel in Keel.  On a platform was the Protestant Agent collecting the rents from a group of men. Curiosity caused her to stop and listen to the ‘commotion’, which turned out to be the agent extracting rather than collecting rent from the men. Appalled at how the agent was treating the men “just like dogs”, as she later wrote, Anita felt compelled to do something about the plight of these men.  Instead of going to her Irish class she returned to the hotel and questioned the proprietor about the what she had just witnessed.

At the time the Amethyst Hotel was owned by a Mr. Patton who was able to give he a little background on what was going on outside. He told her that the rent at the time (1912) was about £1 a year which sounds like very little but was a extraordinary amount then, even by today’s standards. These high rates often resulted in tenants not being able to pay and subsequent eviction.

Anita was qualified journalist and wasted not time in putting pen to paper, writing to the local newspaper The Mayo News requesting a column in the paper. She received  a very courteous reply from the manager, telling her she could have “as much space as she wished”, but he could not pay her.  She did not wish for payment, only space. So she got down to work to “expose the scandal”. Her work was not in vain her actions gained such momentum, that the following week the Mayo News had blaring headlines on ‘The Achill Scandal’. This was continued the following week, and so on, pouring further light on the conditions under which the Achill people existed.

Emily Weddall enrolled her niece Enid or now Siobhan Betts in Alexandria College, Dublin. Emily attended its sister school for Daughter’s of the Irish Clergy in the 1870’s and 80’s. Emily good friend Kathleen Lynn attended Alexandria College too, making it an idea choice to send fifteen year old Enid after she arrived in Ireland.

During the school holidays she returned to Achill to spend the summer with her aunt Emily on the Island. The summer of 1913 was a pivotal to the cultural life on the Island and to Emily and Enid alike, a far cry from her experience of life in Australia.

That summer saw the final Scoil Acla until it’s revival in 1985, when the war and the political situation prevented it from continuing. This particular year the Trench girls from Dublin attended Scoil Acla which was documented by Frances, or Cessca in her diaries. Both Emily and Enid or Siobhan as she was known in Gaelic circles featured as some of the main protagonists.

The summer began with the Oireachtas or Ardfheis in Galway and ended with the Scoil Acla summer school in August. Siobhan Betts met up with people who would influence her future and remain friends with for life.

Enid Cecily Patricia Betts was only 14 years old when she disembarked in London off the Themistocles, in January 1913. It is not clear if Emily met her there before she crossed the sea again to Ireland. Arriving on Achill must have been a great surprise to young Enid. It was to be a life changing experience for her in many different ways. No doubt Emily was a kind and loving aunt, but she conducted her life in a different way to her sister Miriam, Enid’s mother. Little of her previous life in Australia could have prepared Enid for her new life with her Aunt. 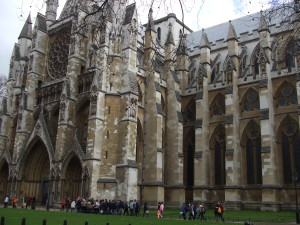 When Enid first arrived Emily enrolled her in Alexandria College. Emily had attended the School for Irish Clergy Daughters, which was connected to the college. She stayed with friend’s of Emily’s in Dublin and was introduced to the cultural scene of the time, and Gaelic League and it’s members. Her name was changed to the more Gaelic, Siobhan, probably instigated by her aunt Emily. Emily had changed to hers to Eimhir ni Uadall a few years earlier.

Enid Betts, lost her father before she was one years old, she had however her mother, full brother, six other step siblings and numerous relatives as the Betts were a big family and had lived in Vale Head area of Moolong for many years. Young Enid would have led a comfortable and somewhat of a society life in Australia as there are some local newspaper articles that named her receiving school prizes, attending garden parties and various functions.

In 1895, Mr. Betts married Miss Miriam Sophia Burke, a daughter of the Rev. Wm. John Burke, rector of Castlejordan, Westmeath, Ireland. The consummation of this happy union was one son (John Ulick DeBurge) and one daughter (Enid Cecily Patricia) ; the latter being an infant under twelve months old. 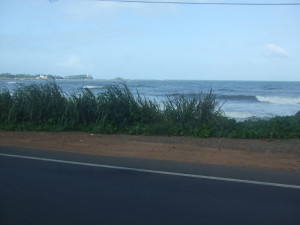 When Enid was barely fifteen years old her mother fell ill. It was not a serious illness as Miriam Betts lived on into her seventies but her ailment was enough to send her daughter on a the ten thousand mile journey form Australia to Ireland. Enid appeared to have traveled alone, the journey would have taken weeks to arrive at her destination,  to a new country and to a new life with an aunt she had never met before.

Enid Patricia Cecily Betts,  was born in 1898 to Emily’s Sister Miriam Sofia and her husband  Henry Samuel Marsden Betts. Enid  was their second child and only daughter. Her brother John Ulick, was born three years before her in 1895.

Miriam was Henry Betts third wife. His previous wives Charlotte and Louisa died young and between them bore him at least eight children, Enid and her brother John Ulick made up his family of ten. Henry Betts was a well respected and from a prominent family in the Parramatta area of New South Wales. He was a Justice for Peace for thirty or more years.

Henry Betts died in 1899, after an unfortunate accident when Enid was only one years old. It appeared that he was getting better from his injuries but his health took a turn for the worst;

KICKED BY A HORSE,
MOLONG, Monday.— Mr. H. S. M. Betts, of Vale Head, was kicked by a horse which he was turning out of his paddock on Saturday afternoon. Mr. Betts’s leg was broken below the knee by the kick. Dr. Lamb set the limb soon after the accident, and the patient is progressing towards recovery.

The above story was carried by The Sydney Morning Herald on February 7th 1899, but less than three weeks later the same paper contained Henry Betts’ death notice;

Miriam was less than five years married when she lost her husband, which seemed to be a trend in her maternal line. Her grandmother and great grandmother alike lost their husband’s shortly after marriage. Emily shared the same fate.

Betts, Henry Samuel Marsden (1839–1899)
On the 24th ult. word was received at Molong (N.S.W.) of the death of Mr. Henry Samuel Marsden Betts, of Vale Head Station. The deceased gentleman had been kicked by a horse a few weeks previously, and death was the result of the injuries then received. Mr. Betts was one of the oldest residents of the district, was a magistrate for many years, member of the local Land Board and licensing bench, and had been several times mayor of Molong. He took an active interest in church matters, and was a warden and lay reader at St. John’s Anglican Church. The funeral was largely attended by all classes of the community, thus evincing the general respect in which deceased was held.
The deceased gentleman was a grandson of the Rev. Samuel Marsden, a New South Wales chaplain in the days of “the system,” and Vale Head Station was a grant to Mr. Marsden. In the early days of the colony the house at Vale Head, it is stated, was a public-house, kept by a brother of Richard Cobden, the Corn Law reformer.